My second time arriving in New York’s JFK airport was less great than the first. The first time I didn’t wait in line for too long: the immigration officer asked about my profession and my age, couldn’t believe it, nor the fact I could afford to travel for so long, and exclaimed, “Welcome to New York, honey!” The second time, I flew in on Icelandair, and as soon as we alighted from the plane, we joined a queue for customs – literally inside the airbridge – and waited for over two hours for the glacial pace of the system to spew us out the other side. And then I found out that the airline had lost my luggage. 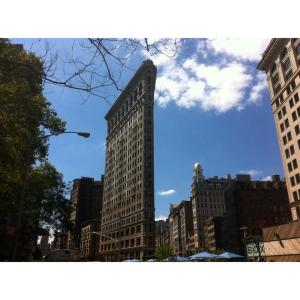 In my disgruntled, tired haze I made several wrong subway decisions and, already a couple hours late for my predicted arrival time at my Airbnb, ended up taking the most roundabout route to get back to Long Island. I joined late night commuters on Manhattan, checking the subway map every minute so not to end up in New Jersey. However, if anything, my mood was lifting. I could smell New York again. That high fructose corn syrup glaze over damp innards and greasy industry. I looked at people on the subway cars, maybe a little too long, trying to guess if they were local or just visiting. The more ingrained the person was in the cityscape, the more they resembled someone having an internal monologue after being told they had a year to live; their gaze never flinching from beyond a space a foot from their shoes – even when taut men used the poles for gymnastic displays, or stinky preachers shuffled past. The visitors were of two camps: wide eyed and over it, or wide eyed with I *heart* NY dreams in their hearts.

I fall in the latter camp. I wrote about it five years ago in another post after my first visit, but what impresses me most about the city is how prototypically city-ish New York is. It has public transport people actually use, is walkable, can be explored endlessly, and civic pride is palpable. Everyone knows it – everyone lives there, everyone goes there. The only other city in the world that is like it is London. In both cases I suspect that if the transport infrastructure was upgraded no one would know how to cope, so much of the attitude (good or bad) of these cities is predicated on the jaunty, escaped mining cars in the interior of each. The London Underground is far superior (when it works), but the New York Metro is much more stimulating. People don’t politely ignore each other like they do in London; just watch how a local reacts when snapped out of their private stupor: perhaps nowhere else in the English-speaking world do you find such directness. This brashness gives New York one side of its can-do personality, although it’s a challenge to use the word ‘pleasant’ about its muscular, ambitious grid. Even Central Park feels like a timed lunch break, pretty as it is, you’re always aware of the city around you. London, on the other hand, has very pleasant spaces in which to lose yourself, perhaps because the British capital’s disposition rarely breaks from a pragmatic gloom, and Escape has flourished accordingly (see: alcoholism).

I’m not saying anything new here, you understand. It could be we’ve heard more about these two cities than any other in the world. They are, whether one likes it or not, joint custodians of the planet. Bigger business might be done elsewhere, and more people live in much bigger cities in all continents, but for centres of culture in the world’s lengua franca, London and New York are our parents. For this reason, most people have an opinion about them, whether they’ve visited or not. This phenomenon of having feel-pinions about a city interests me greatly. A person more connected to the ‘flow’ of life might scoff and insist places can’t be boxed into discernible identities, that you should be able to make the most of wherever you find yourself, but I’m not that kind of person. I’ve listened to the reflections of migrants for many years in my job as an English language teacher, and, whether it’s a zen aspect of human life or not, a gut reaction to Place happens.

What co-authors Daniel Bell and Avner De-Shalit have coined the ‘Spirit’ of cities, these idiosyncrasies, informed by the city’s distinct history, geography, and industry, are what people respond to. They suggest that, unlike countries as a whole, a city has an ethos that can be nurtured and sold as soft power without the trepidation that might cause when a nation state does it (see: Nazi Germany, North Korea). It’s an interesting thesis, not without its detractors, who claim it as reductive and half-baked. Unfortunately, it does veer close to a realm of hippy-dippy, esoteric psychology that speaks of rays and souls and chakras, which can alienate a lot of us more sober vessels of light. Even still, social psychologists are starting to look into how the personality of cities determines their financial success based on the emotional stability of citizens and their entrepreneurial disposition – resilience a key factor (which could explain why cities in colder climates are usually richer… maybe). Regardless of the academic importance of researching a city’s personality – I presume funded study into it is quite indulgent to a layman – it’s a subject the layman discusses, like the weather: so natural the response to the built-up environments we’ve created.

So, even though I was wearing the same clothes for a third day in a row, waiting for my luggage to arrive, I was happy to note that the general vibe of New York was still a shot in the arm for me. This time I stayed in Brooklyn between Metropolitan and Graham Avenues, and mostly explored the areas between Williamsburg and Long Island City, only venturing onto Manhattan twice. Brooklyn is palpably more youthful than Manhattan, and, of course, distinctly hipster, inasmuch as young people are using what’s currently cool to sell their business and products, like most of consumerist history. This youth culture today could be seen as disappointing, indistinguishable from the same in Surry Hills in Sydney, Shoreditch in London, or the entirety of Reykjavik. This is an unresolved point of contention for me, whether this globalisation of aesthetic is detrimental or not. On the one hand, it reflects our interconnected lives we feed every day online. It shows how the middle classes from Thailand to Estonia are wrestling and dancing with a hive mind of consumer ideals and developed ways of thinking about our fellow humans (as lofty as that sounds), whether through the pretensions of fair trade or locally sourced materials, or being political in branding. On the other hand, this homogeny breeds not only a beige sense of belonging (from finding everything you have at home somewhere new to the lamentations of comedians over PC culture, and a hierarchy of idealism in the culture of food and leisure), but also an exoticising of what still remains un-gentrified – the search for the ‘authentic‘. 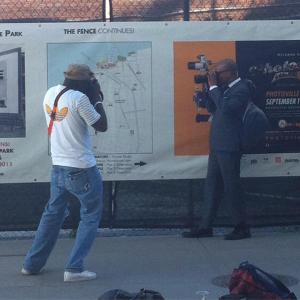 And yet, as I wandered the streets of Greenpoint carrying a take-away coffee from an Australian-owned cafe and waited for the East River Ferry (highly recommended), looking across the river at the Manhattan skyline, the ‘spirit’ of New York remained: the compounding of preconceptions and movies and television shows and other trips and testimonies in writing and testimonies of friends and just the head space I found there – everything augmented the experience, regardless of the similar features of home. New York to me is an ongoing conversation, endless chatter of business and philosophy, comfort and ambition, identity and neurosis. It’s invigorating. Personally, I get off on plugging myself into that. Some of my friends never warmed to it – I can understand why. I caught up with one who had been living there for four months on a paid internship who couldn’t wait to leave. “The New York dream is over, Sam,” she told me. “You just can’t escape the noise here.” 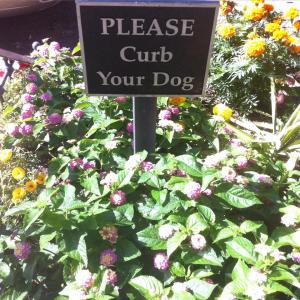 I’m still curious about how I’d fare living there. Six months, maybe. Knowing myself, I much prefer cities where natural beauty isn’t hard to find (one reason I prefer Sydney over Melbourne), so I might tire of New York for the same reasons as my friend. What’s inescapable, however, is the affinity I seem to have for the place. It’s like a person you date but can’t figure out how they fit into your life, even though the connection between the two of you is electric. It will be interesting to see what comes of it. I shall return.

Feel free to comment about your own experiences of the personalities of cities below: about New York, or wherever you’ve had strong reactions. I find it fascinating.